4,800-layer birds handed over to 40 Women in the Builsa South District 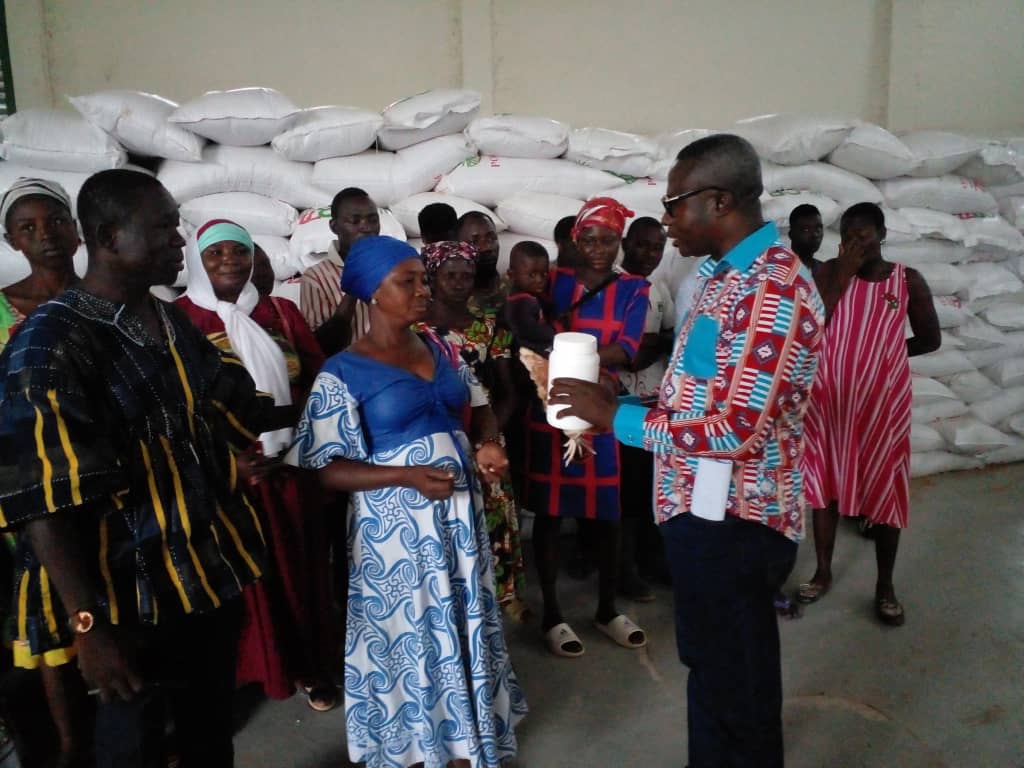 The Builsa South District has presented 4,800-layer birds to 40 beneficiary women in the district under government’s flagship programme, Rearing for Food and Jobs (RFJ). Aside the birds, the beneficiary women were also given some poultry feed and chemicals to take care of the birds.

“We are getting 4,800 birds to supply to 40 women who will take care of the birds. We are not only giving them the birds, we are giving them cages and feed alongside giving them chemicals.”

According to the DCE, Daniel Kwame Gariba, the district is among other few districts selected to benefit from the intervention. He added that district sought the intervention through the Savanah Zone Agricultural Improvement Project (SAPIP) to support women in the area in the field of poultry.

“We sought this support from Savannah Agricultural Improvement Project. We told them that we have women we want to support. Builsa South was selected among a host of other districts across the country to benefit from this giant intervention.”

The DCE also pointed out that the 5-year project is intended to eradicate poverty in the district, get the women and youth into productive livelihood support programme to enable them sustain their families.

“The project will run from 5years and the objective of this project is for us to eradicate poverty from Builsa South. It is very painful when you go some where and they say Builsa South is among the poorest districts. I want to change that narrative where we get our women, our youth into active productive livelihood support programmes that will put food on their tables.”

He admonished beneficiaries work hard to succeed as it will give opportunity for the programme to be extended.

“I am urging the beneficiaries to be very meticulous in the way they take of these birds. The success of this first rollout will determine the number of people who will benefit in the second trench, third trench, fourth trench till the last one. We will as much as possible put a monitoring team and Beneficiaries who will be caught misbehaving will be cut off from the project and no support will come from them again.”

The Director of the Department of Agriculture for the area, Joshua Diedong also added that the project would improve the local consumption of meat thereby discouraging importation of meat into the country.

“The purpose of this programme is to create an avenue for income generation for our women and to also serve as a source of nutrition for rural households and also improve the local consumption of meat and also to discourage importation of meat because we can do it in our country.”

Beneficiaries of the project appreciated the efforts of the assembly and SAPIP for the intervention.