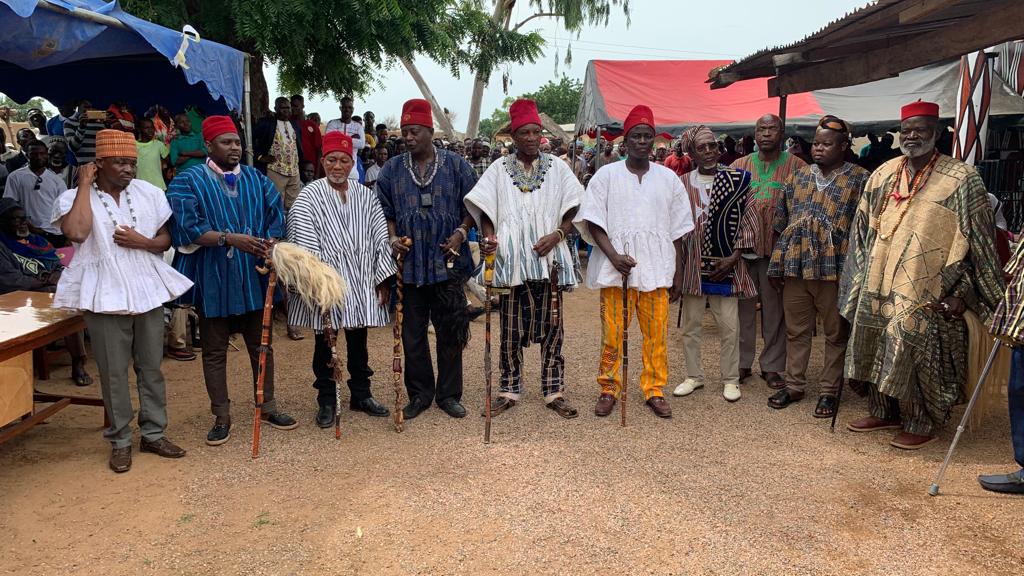 The Upper East Regional Minister, Stephen Yakubu is proud of the work that has been done in the Kandiga and Doba communities to maintain high-level security.

The two communities have been engaged in a protracted conflict but according to the Minister, there are very minimal threats in the area because of the work of stakeholders.

He said this when he spoke at the Ministry of Information’s Press Centre in Accra, the national capital. The media engagement formed part of the Ministry’s State of the Region Report series.

“Concerning our flashpoints, Kandiga-Doba, it is working fantastic now. REGSEC, we have lifted the curfew because we have done a lot of work. Even people from Burkina, chiefs have helped us a lot. So Kandiga-Doba is okay now,” he said.

It would be recalled that the chiefs of Doba and Kandiga have both pledged to allow peace to prevail in their communities after years of protracted conflict that has claimed lives and destroyed properties.

It was against this backdrop that the Paramount Chief of Sirigu, Naba Roland Atogumdeya Akwara III together with other chiefs, who had started a peace process months ago, invited the two factions – Doba and Kandiga to the Sirigu chief’s palace to deliberate on ending the conflict.

Meanwhile, should the feuding factions in the Kandiga-Doba conflict fail to uphold the peace and maintain the calm that has been achieved in recent times, the Doba-Kandiga Conflict Resolution Committee (DK-CRC) has said it would be forced to adopt a customary arbitration approach.

The ADR Act provides for customary arbitration, which is unique to the Ghanaian legal system. Customary arbitration is where parties with a prior agreement to be bound by the decision of the arbitrators submit their disputes to arbitrators (who may be chiefs, heads of family or heads of clan) for the purpose of having the dispute decided informally, but on its merits; and the court and the Alternative Dispute Resolution Centre (set up by the ADR Act) are key parts in the ADR Act, as opposed to the position of the conciliator in the UNCITRAL Model Law.