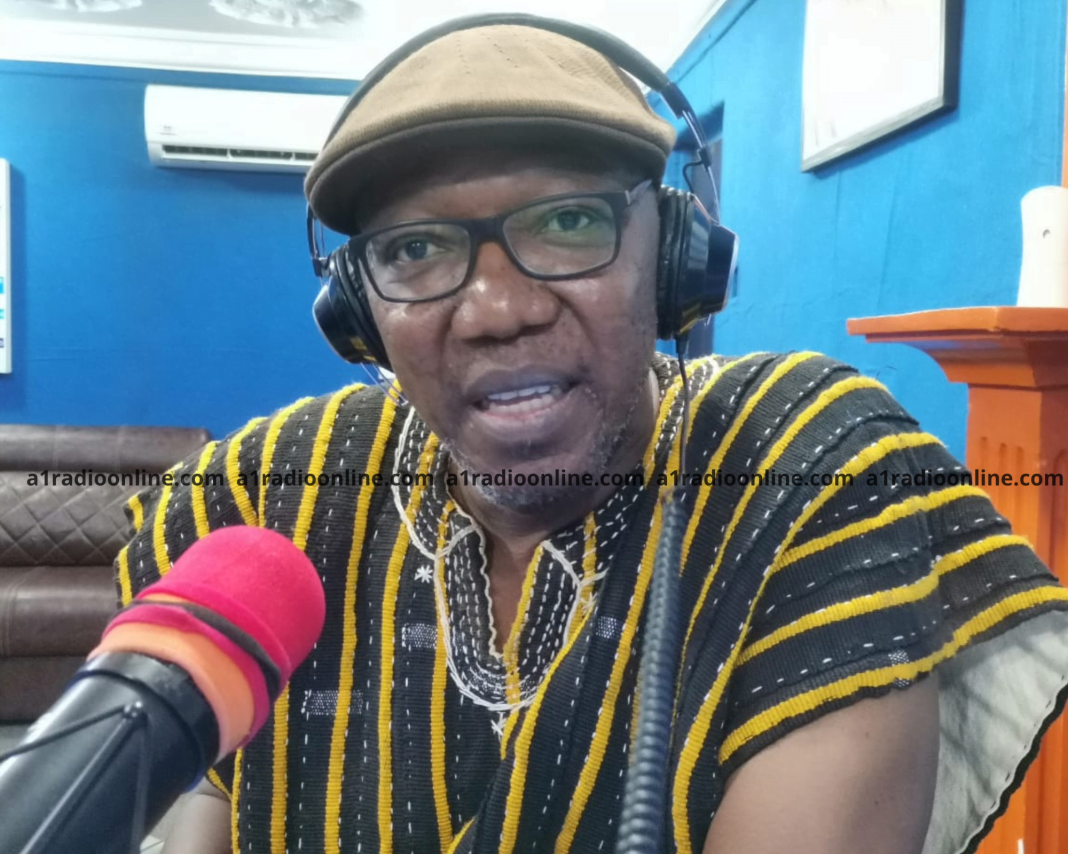 Dr. Clement Abass Apaak, Member of Parliament for Builsa South and Deputy Ranking Member on the Education Committee in Parliament has given reasons why the Finance Minister Ken Ofori-Atta must be sacked.

According to the legislator, Mr. Ofori-Atta has presented contradictory figures as amounts spent on the government Free SHS policy.

The difference, Dr. Apaak says, is unexplainable and unjustified.

Below is his full writeup

“As it is already known publicly, the NDC in Parliament has filed a motion, sponsored by Hon. Mohammed Mubarak Muntaka and 128 of us – to pass a vote of censure on the Finance Minister, Ken Ofori-Atta; in accordance with Article 82 of the 1992 constitution of the Republic of Ghana.

This historic motion, slated to be moved on Thursday, November 10th, 2022, is composed of seven specific charges levelled against Ken Ofori-Atta. Thus, the purpose of this article is to provide a specific example of conduct by the Finance Minister which is deliberately dishonest and disrespectful to Parliament, for which sanctions, are justified. I will illuminate my case with figures Mr. Ofori-Atta presented to Parliament in 2021 and 2022 as the total cost of funding Free SHS in five years, from 2017-2021. The difference between the cost in five years reported as GH¢7.62 billion in the 2021 Mid-Year Review Budget and the reported cost for the same period, GH¢5.3 billion in the 2022 Mid-Year Review Budget is GH¢2.32 billion. This is and remains problematic. I provide details below.

On Wednesday, July 21, 2021, Ken Ofori-Atta, in response to a question as to whether the government had taken a loan to fund the implementation of the Free SHS policy I asked, said the following in answer: “Mr. Speaker, the government has taken no loan to specifically finance the Free SHS policy.  The Free SHS has since its inception been financed from the Annual Budget Funding Amount (ABFA) and the Government of Ghana (GoG) funding sources. Over the five years, a total amount of GH¢7.62 billion has been allocated to implement the Free SHS program. Out of this amount, GH¢4.18 billion was sourced from GoG, representing 54.76 percent, while the balance of GH¢ 3.44 billion representing 45.24 percent, came from ABFA.” This answer is captured in the Parliamentary Debates,  Official Report, on  Wednesday 21st July 2021, Fourth Series Vol.113 No.32, column 040-041.

A few days later, Ken Ofori-Atta presented the Mid-Year Fiscal Policy Review of the 2021 Budget Statement and Economic Policy of the Government of Ghana, to Parliament on Thursday, 29th July, 2021. He repeated what he said in response to my Parliamentary question. In paragraph 284 on pages 49-50, he said: “Mr. Speaker, the Free SHS School Policy has since its inception been financed from the Annual Budget Funding Amount (ABFA) and Government of Ghana (GoG) funding sources. Over the five years, a total amount of GH¢7.62 billion has been allocated to implement the Free SHS Programme. Out of this amount, GH¢4.18 billion was sourced from GoG, representing 54.76 percent, while the balance of GH¢3.44 billion, representing 45.24 percent, came from ABFA.”

For the avoidance of doubt, Ken Ofori-Atta presented the Mid-Year Fiscal Policy Review of the 2022 Budget Statement and Economic Policy of the Government of Ghana to Parliament on Monday, 25th July, 2022. In paragraph 466 on page 90 of the official statement, Ken Ofori-Atta is quoted as follows: “Mr. Speaker, we have invested in the future of our children through the Free SHS where GH¢5.3 billion has been spent to enable 1,261,495 student have access to secondary education.”

The suddenly less and unexplained cost of funding the Free SHS policy was also verbally stated by Ken Ofori-Atta, during his 2022 Mid-Year Budget Review Speech on Monday, 25th July, 2022. The video recording of his speech captures him vocalise the following, under Free SHS Programme. In paragraph 60 on page 17, Ken Ofori-Atta said: “Mr. Speaker, we have placed human capital development at the core of our national transformation efforts since 2017. We have invested GH¢5.3 billion to enable 1,261,495 Ghanaian children access secondary education under the Free SHS programme at the end of 2021 to improve access to education.”

This unexplained reporting of a far less cost of implementing the Free SHS programme in five years as captured in official Parliamentary records, and documents made available by Ken Ofori-Atta himself to Parliament, offends Parliament in every way, shape and form. How can the Minister report GH¢7.62 billion as the total cost of Free SHS in five years, provide a breakdown in nominal (GH¢4.18 billion GOG and GH¢3.44 billion ABFA) and in percentage terms (54.76% GOG and 45.24% ABFA) in reply to my question, repeat same in the 2021 Mid-Year Review Budget, suddenly, without explanation, report a generic GH¢5.3 billion as the cost incurred in implementing the same Free SHS programme in five years in the 2022 Mid-Year Review Budget Statement and as contained in his 2022 Mid-Year Budget Review speech?

Reporting vastly different figures of GH¢7.62 billion and GH¢5.3 billion as cost of the same programme, Free SHS, for the same period, 2017-2021, a difference of GH¢2.32 billion to Parliament, is questionable. If the earlier figures reported in 2021 were in error, the proper thing to do was to withdraw the GH¢7.62 billion reported, explain what occasioned the error, apologise and seek leave of Parliament to amend to the correct figure, since records of the house already captured GH¢7.62 billion a year earlier as cost of Free SHS in five years. This was not, and still has not been done. So, as it stands, Parliamentary records have both GH¢7.62 billion and GH¢5.3 billion as the cost of Free SHS from 2017 to 2021. This can not be allowed to go unchallenged.

Though I have filed questions to the Minister of  Finance seeking an explanation to this questionable and contradictory reported cost of Free SHS in five years, it is necessary to share this specific example with Ghanaians to further justify why Ken Ofori-Atta must be censured. Like the other infractions we have presented as charges against Ken Ofori-Atta, it is certain that the different figures, GH¢7.62 billion and GH¢5.3 billion respectively, were deliberate, to deceive Parliament and to conceal the truth. This and other such deliberate dishonesty in reporting to the people through Parliament must attract the most severe sanctions. Indeed, Ken Must Go!”