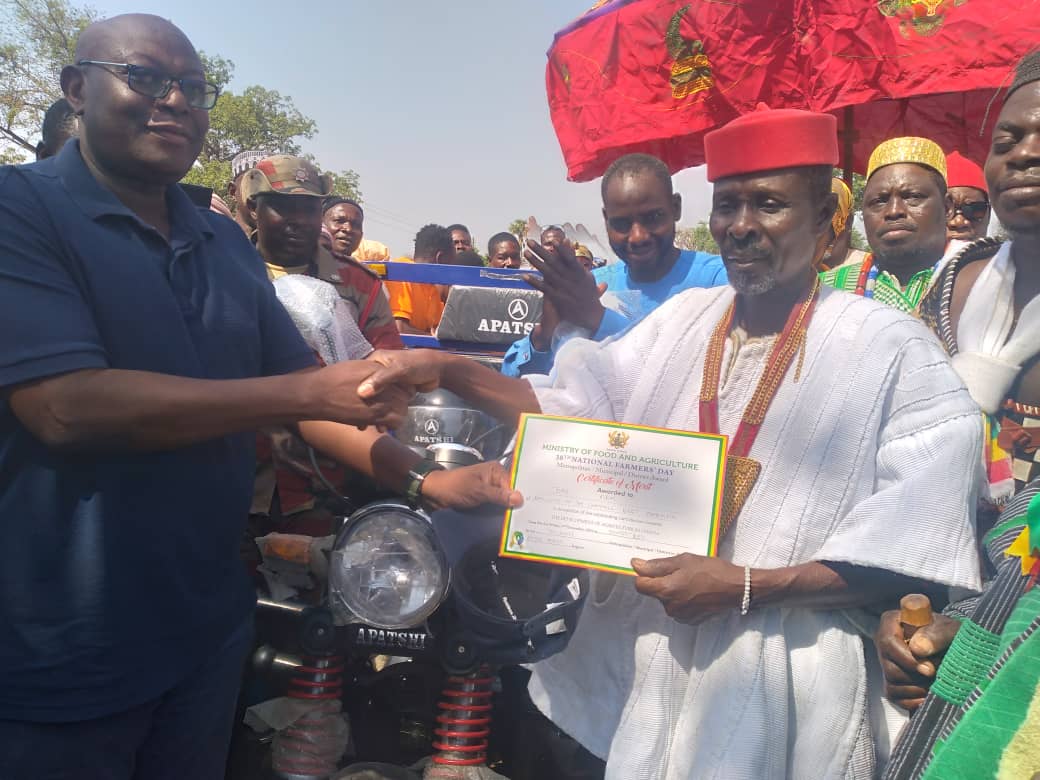 The District Chief Executive of Talensi, Thomas Duanab Wuni Pearson has appealed to the youth in the Talensi District to venture into farming instead of engaging in illegal mining popularly known as galamsey.

According to him, the District has large arable land the youth can take advantage of to improve their lives.

He said, “I wish to appeal to the youth to take active part in agriculture rather than engaging in galamsey which is risky and life threatening.”

He continued to call on residents in the District to collaborate with security agencies to maintain law and order as the festive season approaches.

“It is a well established fact that peace and security is a prerequisite for development and for that matter no society or nation can develop under the atmosphere of violence and its related consequences. In recognition of the role of peace in national development, I wish to urge us all to cooperate with the security agencies to maintain law and order in the district as Christmas, New year and other traditional festivals approach. I wish to appeal for moderate celebration devoid of acrimony during the season.”

Speaking at the same event, the District Director of Agriculture, Matthew Sulemana said the department is undertaking numerous projects in the district to better the lives of farmers.  These projects include the Ghana Productive Safety Net Project (  GPSNP II).

He said, “the GPSNP II project provides an alternative source of livelihood for households and empowering farmers to produce economically and sustainably without compromising with the environment. Under this project, 3 dams ( Pusu-Namongo, Gaare and Shia ) have been appraised for rehabilitation and construction come 2023. Two feeder roads have also been appraised at ( Pwalugu and Winkogo ) to link the communities to facilitate transportation within the communities. “

The district presented awards to deserving farmers for their hard work during the crop season.

Mr. Atiah John emerged the overall district best farmer. He received a tricycle, a pair of Wellington boots, a cutlass, 2 knapsack sprayers, a bag of organic fertiliser and a certificate.