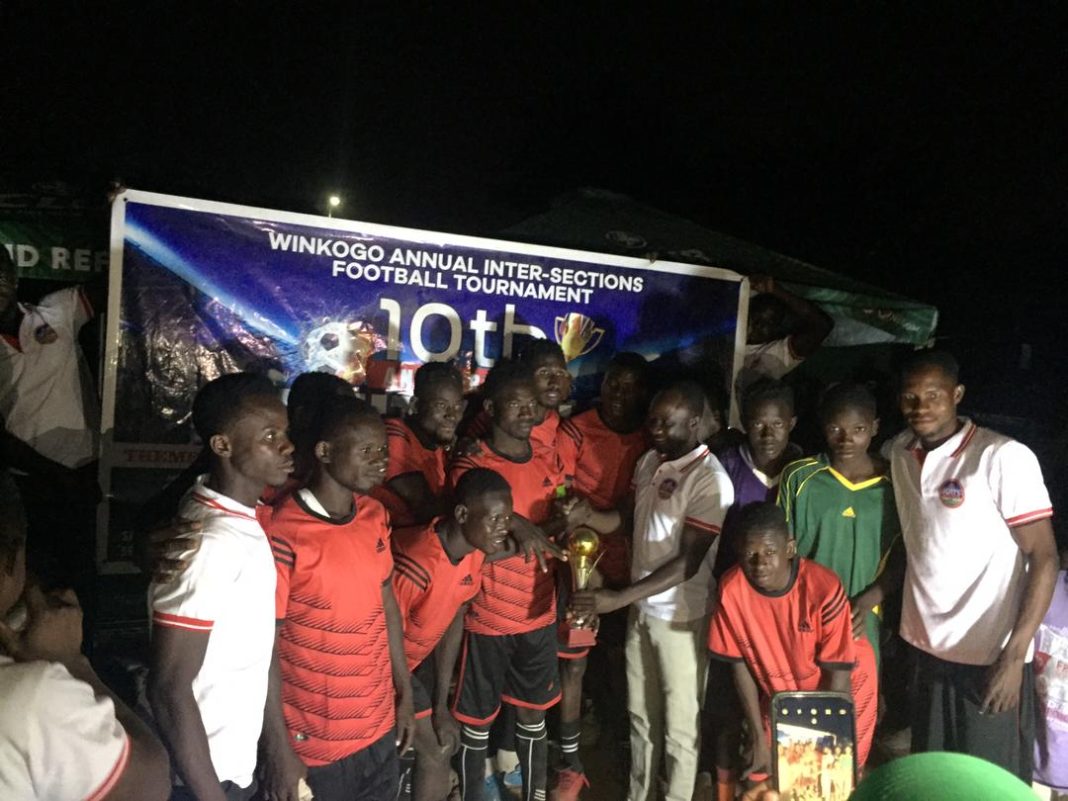 The two sections showed class from day one of the tournament and were able to over power their opponents to make it to the finals.

This year’s annual football gala marked the 10th edition and it was one of a kind. Fans from far and near trooped to the grounds and they were well served as the two sections displayed good and quality football to the admiration of the fans. 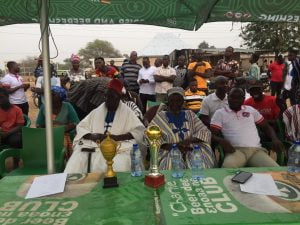 The Chief of Winkogo who is the live patron of the games Naba Moses Aganzuah applauded the committee for its efforts in making sure the games ended successfully. He urges the youth to be together saying, when they are together that development can be well executed.

Naba Moses also pledged to give a cow to the Organizing committee of the games for the work done.

The Organizers presented citations to the Chief of Winkogo, Naba Moses Aganzuah, Mr. Jonathan of Season Water and Ababu Afelibeik, Headteacher of Bolgatanga Senior secondary School (Bigboss) for their contributions in the up-liftment of the tournament.