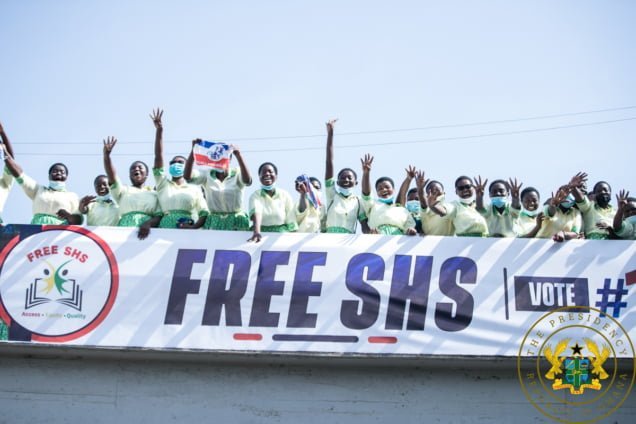 It would be recalled that a few weeks ago, the government’s flagship education policy came under intense criticism.

This was after the Conference of Heads of Assisted Secondary Schools (CHASS) in the Upper West Region, Upper East Region and the Eastern Region threatened to close down schools if the government failed to address concerns of food shortages.

At the height of the crisis, it came to light that many schools across the country were facing similar problems.

While criticising the government for what many termed shortsightedness, CSOs and many Ghanaians intimated that the crisis presented a prime opportunity for the government to revise its commitment to the programme.

While the government has held fast to its decision to allow the programme to be implemented unscathed, 3 Parliamentary Select Committees have been commissioned by the Speaker, Alban Sumana Kingsford Bagbin to look into aspects of the programme.

These are the Finance, Food and Agriculture and Health Select Committees.

This came to light when the Member of Parliament for Nabdam, Dr. Mark Kurt Nawaane spoke to Mark Kwasi Ahumah Smith on A1 Radio’s Day Break Upper East Show.

Dr. Nawaane, who doubles as the Deputy Ranking Member of the Health Select Committee in Parliament explained that the committees are expected to collaborate and finish the reports before Parliament resumes sitting.

He continued to say that it is expected that once the committees finish their work, recommendations would be made to the government to help fine-tune the Free SHS policy.

“We are on recess but we still have committee meetings going on. I am a member of a committee that has been set up to probe into this school feeding issue. The Speaker [of Parliament] referred a case to a number of committees including the health committee.”

“There are a number of committees involved; that is, the Finance, Food and Agriculture and Health. We would look at the type of food that is being given to them [the students], its funding, and the problem associated with its supply. These are the issues that we would be handling and we would come out with a report. We will it to the central government to see whether they can look at it and implement some of our recommendations.”

After the committees’ work, the report would be put before plenary, debated and adopted in the House before being sent off to government.