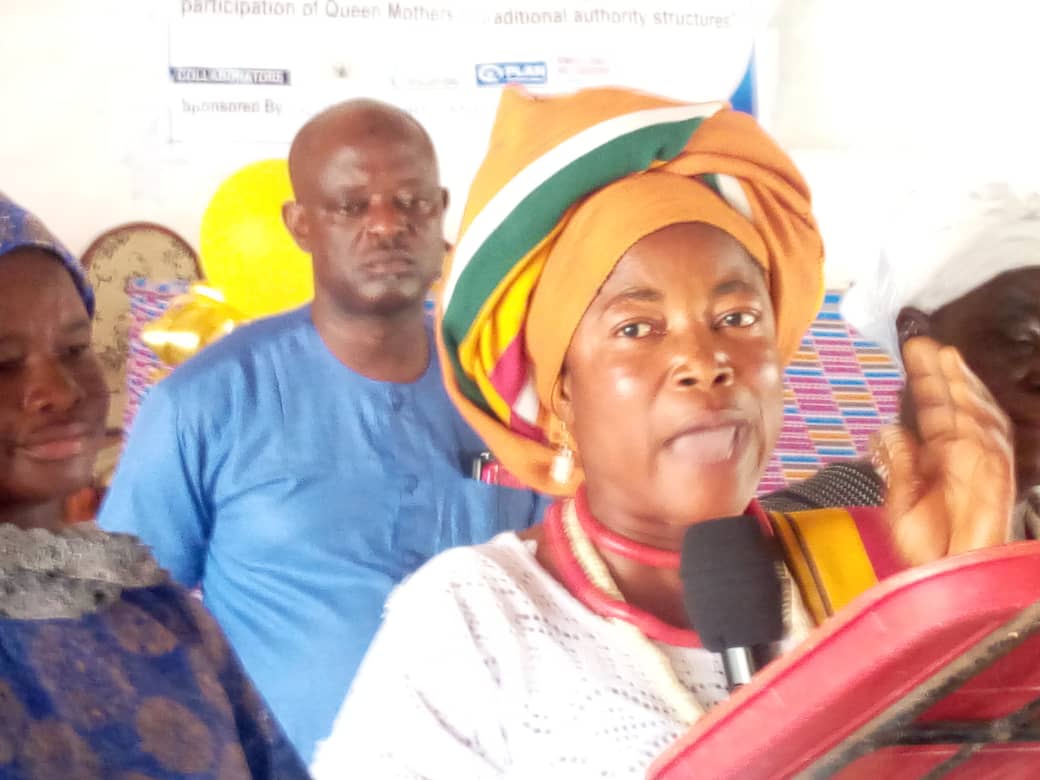 Despite the crucial roles queen mothers play, their efforts to be recognized and involved in decision-making at the highest traditional level continue to be overlooked by chiefs and elders in the Upper East Region.

With that in mind, queen mothers in the Upper East Region are courting public support in an attempt to get their well-deserved seats at the decision-making table.

Speaking at a stakeholder forum held in Bolgatanga to outdoor 127 enskinned queen mothers, the Secretary of the Queen Mothers Association in the region, Pognaba Felicia Aga-boka has urged the government and other stakeholders to support them facilitate the gazetting process that will make them fit in the traditional council.

“We urge the government of Ghana and other stakeholders to support the QMs with the gazetting process fee for all QMs to be gazetted since most of us are economically vulnerable.”

She stressed further that “chiefs at the regional and traditional councils who have not yet initiated the process of installing queen mothers in their areas should start the process now. The support of these Queen mothers is critical in our communities. We the QMs also call on CSOs who are into women’s rights to support us through CODAC to empower us economically.”

Touching on some of the socioeconomic developmental efforts they are making at the community level, the secretary noted that;

“As QMs [we are] working on various development-related matters including supporting our chiefs in promoting peaceful coexistence in our communities; inclusion and participation of all in decision making at all levels; campaigning for the elimination of teenage pregnancy and other health-related issues in our various communities. We applaud the commitment to empowering women and the vulnerable in society by the government and other major stakeholders especially CODAC for making this event possible.”

“We hope that other like-minded CSOs and Government Agencies will, in all their actions, therefore, join CODAC to support them to act in ways that reaffirm their commitment to Empowering women especially the QMs in the Region”, she added.

The forum which was organized by the Community Development and Advocacy Center also called on municipal and district assemblies to incorporate the activities of Queen Mothers in their mid-term development plans.

“We can say that out of 148 paramount and divisional queen mothers that are supposed to be enskinned, a total of 127 Queen Mothers have been enskinned and 79 have been gazetted.”