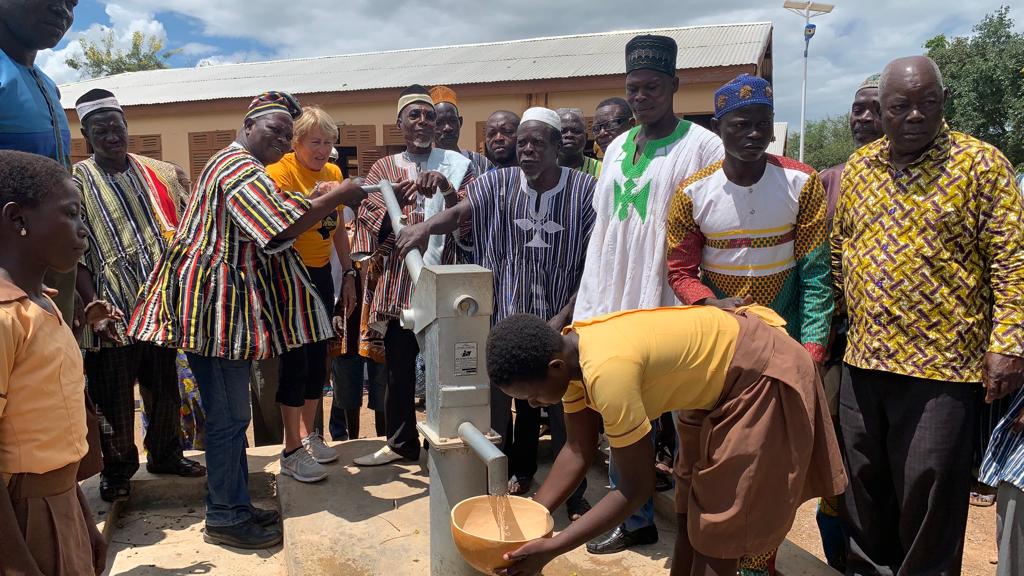 It was extremely difficult for the 360-pupil population of the Taribisi Primary and Junior High School in the Yua community of the Kassena-Nankana Municipality of the Upper East Region to have access to potable drinking water.

As a result, the pupils were trekking long distances for water. The effect was that contact hours were lost during the pupils’ search for water from nearby homes and streams.

Whereas some pupils will return late to the classrooms, some will use that as an opportunity to stay back home. But teachers and pupils of Taribisi primary and JHS can now heave a sigh of relief as a philanthropist, Karen Flewelling has drilled a borehole for the two schools. 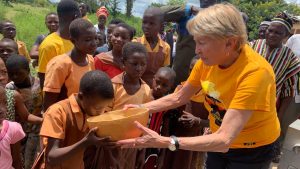 Madam Karen, at a ceremony to hand over the borehole, indicated that she has a passion for the well-being of the vulnerable in society, hence the need to provide access to quality water to retain pupils in schools.

“My first year in Ghana in 2018, I drilled a borehole in another area at Yua community. I want to give water in Ghana, close to schools so that children will stay in school [because] education is key. I am funding four young women in nursing schools at the moment who live in Ghana. I am funding one young lady from Ghana to go to medical school. The next nurse or doctor could come from any of these young men and women here”, she added.

Madam Karen admonished the community members and teachers to ensure the pupils properly use the borehole to ensure its lifespan is prolonged.

The philanthropist also donated goats to women groups in Yua community to rear and make profit to be self sufficient. 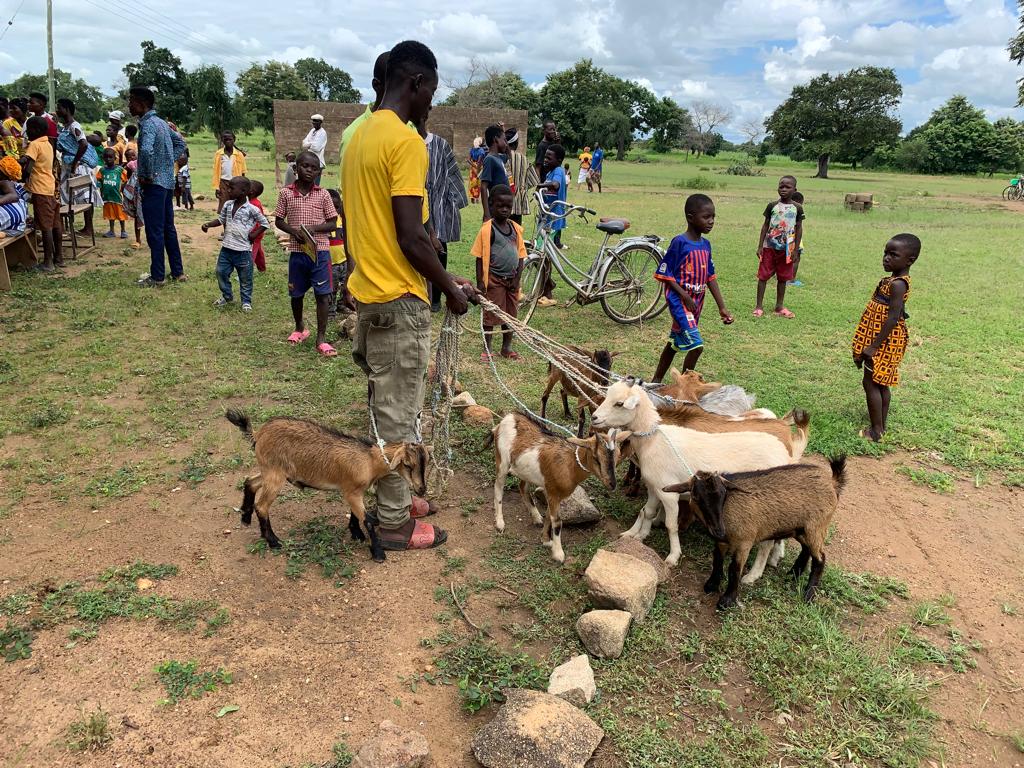 On behalf of the two schools, the Headmaster of the Taribisi JHS, Mark Agale thanked Madam Karen and her partner, Dr. Anthony Akunzule, a native of the Yua community who worked closely with the philanthropist towards the provision of potable water for pupils and community members.

“I wish to assure you, Karen, and the partnership that the facility provided will be taken good care of to accomplish its purpose”, the headteacher added.

He used the occasion to appeal to Madam Karen to consider sponsoring brilliant but needy students from the Yua community to enable them to become future leaders.

Raymond Akingya Atinga, an assemblyman for the Yua electoral area thanked the philanthropist for coming to the aid of the school pupils and the community.

“There is a saying that he who gives water gives life and therefore Madam Karen has given us life and we will not disappoint her and her team in the maintenance of the borehole because our life is the borehole, she gave us.”

According to the assemblyman, all hopes for the pupils of the Taribisi primary/JHS to have access to safe drinking water were lost until the intervention of Madam Karen.

The women of Yua community could not hide their excitement as they sang and danced in honour of Madam Karen.

Madam Karen during her visit to the Taribisi primary/JHS also donated books and pencils as well as a football to pupils of the school. 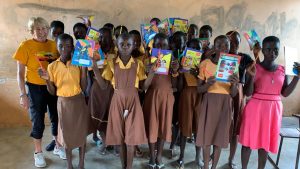