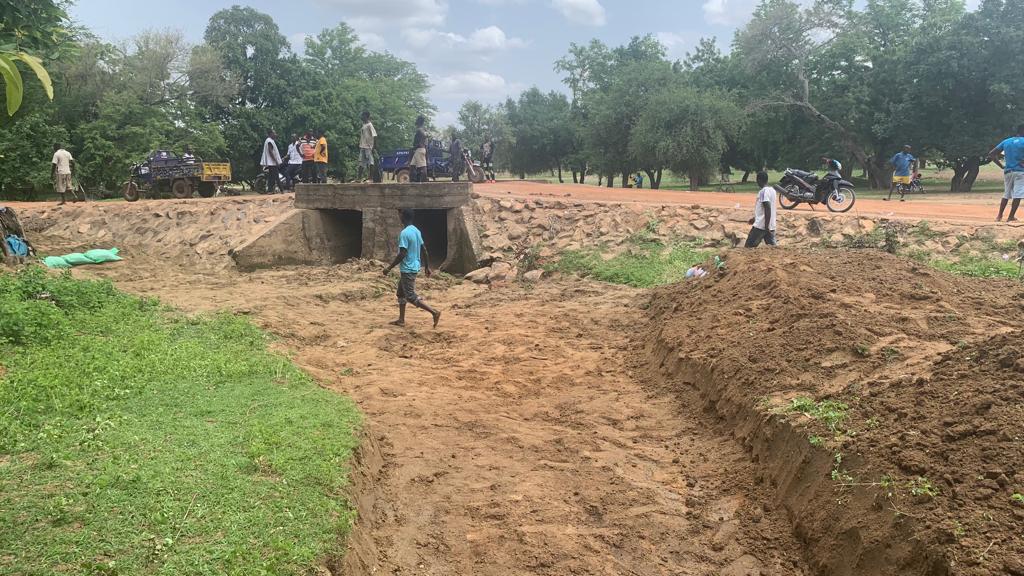 The Chief of Kandiga Traditional Area, Naba Henry Abawine Amenga-Etego II has restated his displeasure about the state of the roads in his area.

It would be recalled that in June early this yeas, the chief led the teeming youth of Kandiga who turned out in their numbers to reshape the deplorable road. The residents carried gravel, stones, and dredge for easy flow of water. In their own capacity, they procured cement and tipper truck services to reconstruct the unmotorable road.

In an interview with A1Radioonline.com, Naba Amenga-Etego II said the situation was getting worse day by day hence the need for the community members to embark on the initiative to avert the residents from being cut off due to torrential rains.

“I think the government has abandoned us in developmental projects, especially this road. So, we feel it necessary that we have to do our best for the government to know that we are doing our best and come in to help”, he stated.

Speaking in a recent interview with A1 Radio’s Mark Smith, Naba Amenga-Etego II restated his concerns about the roads and asked for support.

“When you were coming, you saw that some road repairs were done here [pointing to a section of the road few metres away from the Chief’s Palace]. That is the community’s work. The government doesn’t know anything about it. We need the development, especially on our roads.”

The chief continued to say, ” the District Assembly would not attend to us.”