PFJ has lifted families in Bolga out of poverty – Rex Asanga 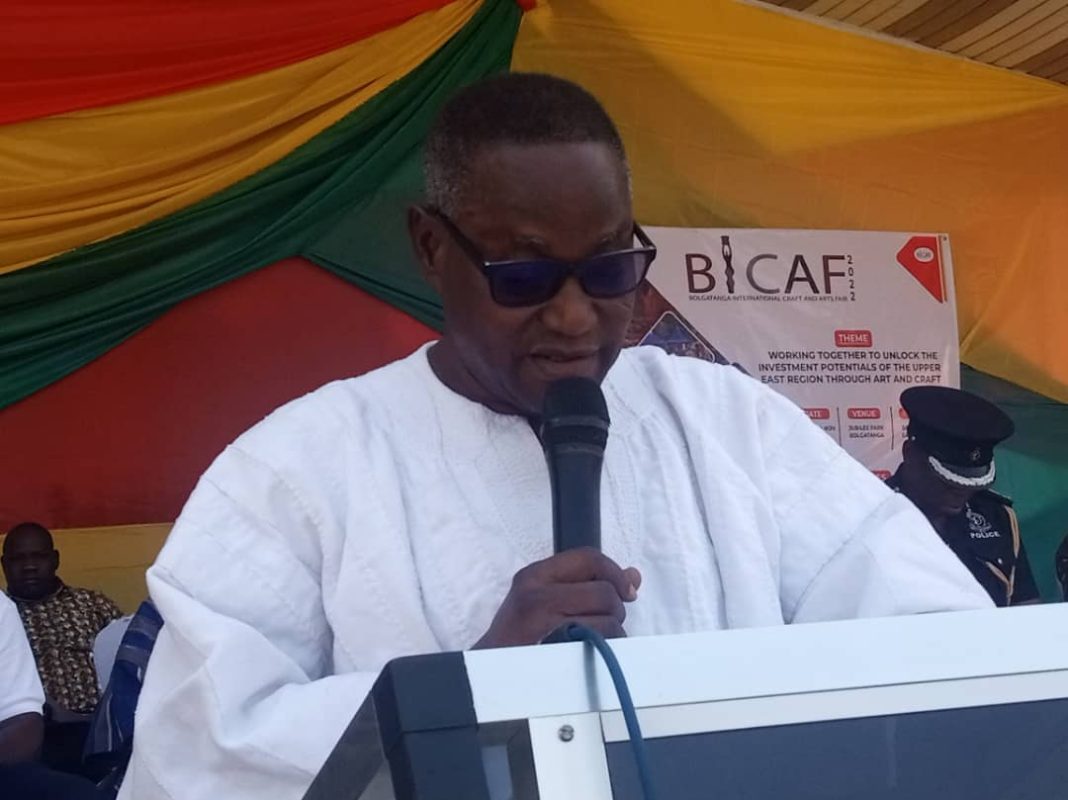 “It has come to symbolise the face of agricultural development in Ghana. I am happy to acknowledge the tremendous impact of the programme in transforming a lot of farmers and their families in the Municipality from peasant agriculturists to self-sufficient agriculturists. We can therefore say, unequivocally, that Planting for Food and Jobs has lifted a lot of our families out of poverty which is endemic in this part of the country.”

Rex Asanga, the MCE for Bolgatanga said this when he spoke at the 38th National Farmers’ Day Celebration which was hinged on the agenda, “Accelerating Agricultural Development through Value Addition’ in Bolgatanga, the Upper East Regional capital.

The PFJ, according to Mr. Asanga, is an epitome of successful implementation of a government programme.

“The Planting for Food and Jobs teaches us that as a country, we should learn to adopt consistent and pragmatic policies and programmes if we are to be successful in resolving the myriad of challenges that face our agricultural sector.”

As part of the implementation of the project in the Municipality, thousands of inputs have been provided to farmers, according to Mr. Asanga.

“This year alone, the government through the Municipal Directorate of Agriculture received and distributed a total of 18,591kgs of improved seeds comprising 16,591kgs of cereals [maize and rice] and 2,000kgs of vegetable seeds [tomatoes, onions and cabbage] to a total of 898 farmers. Also, under the fertiliser support programme, agro inputs dealers received and distributed 10,605 25kg bags of various NPK blends of fertiliser, 1,330 bags of sulphate of ammonia and 10,019 litres of liquid organic fertiliser to a total of 2,111 farmers,” he said.

Additionally, under the Rearing for Food and Jobs programme, “the Savanna Investment Programme [SIP] selected the Bolgatanga Municipalities as one of the MMDAs to implement the layer intervention. This particular intervention targeted women and poultry farmers. Currently, 6,000 layers at 14 weeks of age, battery cages have been distributed to women farmers from various communities.”

Thousands of tree seedlings have also been distributed under the government’s Planting for Export and Rural Development.