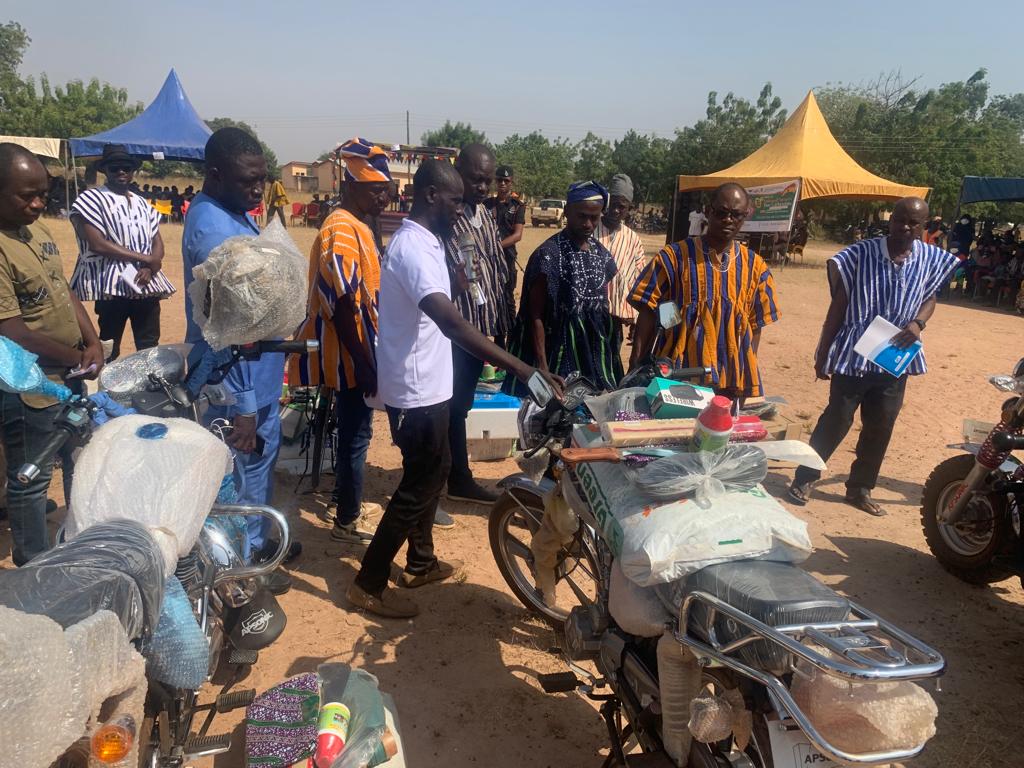 The District Chief Executive for Garu in the Upper East Region, Musah Osman has indicated that food production in the area has seen some level of increment despite the challenging rainfall pattern coupled with floods witnessed during the season.

According to him, food crops such as maize, soybean, and groundnut production have increased from 12.8% last year to 15.7% this year.

“This is a sign of positivism and I can’t conclude that we have got there, but with these changes and increments I know we will surely get there. We were born with the gift of farming and indeed, we have the most fertile lands in the region. So, I know, collectively as the government is seriously investing in the sector, food insecurity will be a thing of the past.”

The DCE made this known at the 38th Farmers’ National Day Celebration held in the Worikambo community. This year’s celebration was under the theme “Accelerating Agriculture Development through Value Addition”.

The winner, Thomson Laar however used the occasion to encourage youth to see farming as a business as “it is lucrative”. He added, “I never knew that today I will be making a living through farming. And I must add that, I’m happy to be called a farmer because I know what I’m getting at the end of every season.”

The District Director of Agriculture, John Hoenyegah also cautioned the farmers to always seek consultation with the Agriculture Extension Officers on the usage of certain chemicals as some have massive effects on the crops.