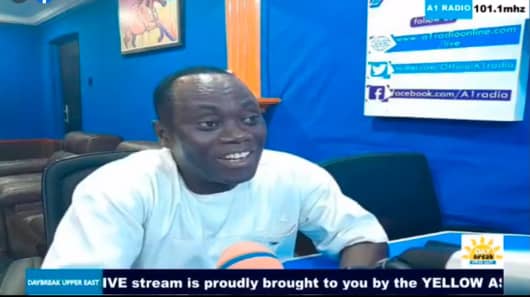 Farmers in the Upper East Region would have to be prepared to part with bigger sums of money than they did last year to get the same quantities of fertilizers they need for their farming activities.

This is because of the continuous rise in the price of fertilizers across the globe.

Government is, therefore, unable to cope with the continuous rise in the prices of fertilizers. This is why farmers would have to pay 85 percent of the cost of the fertilizers that would be made available under the Planting for Food and Jobs programme.

Also, farmers would have to contend with limited quantities of subsidized fertilizers.

The Upper East Regional Director of Food and Agriculture, Francis Ennor made these comments when he spoke on A1 Radio’s Day Break Upper East Show.

“Because of the war in that area [Russia], and the COVID-19, it is [access to fertilizer] is a big problem. Because of that one, prices keep on increasing. Government cannot cope with the increasing prices because of the financial constraint that it faces,” he said.

Mr Ennor said because of the continuous increase in the prices of the commodity, suppliers are unable to fulfil their part of their agreements with the government. This he said caused the shortage in the supply of fertilizers last year. The Agric Director was convinced a similar situation could happen this year.

Mr Ennor was however happy that the Ministry of Food and Agriculture is in talks with producers of organic fertilizers. The Ministry, he said, would be able to support producers to increase production to meet national demand.

He said while there are appreciable quantities of organic fertilizers on the Ghanaian market, farmers are not comfortable with using them.

“Because it [organic fertilizers] take some time for it to release into the soil, farmers are not used to it. The inorganic ones, as soon as you apply them, they are released [into the soil]. Most of the farmers want that,” he said.

Considering the conscious effort for people across the globe to eat right, Mr. Ennor advised farmers to begin to shift to the use of organic fertilizers to aid them in farming.