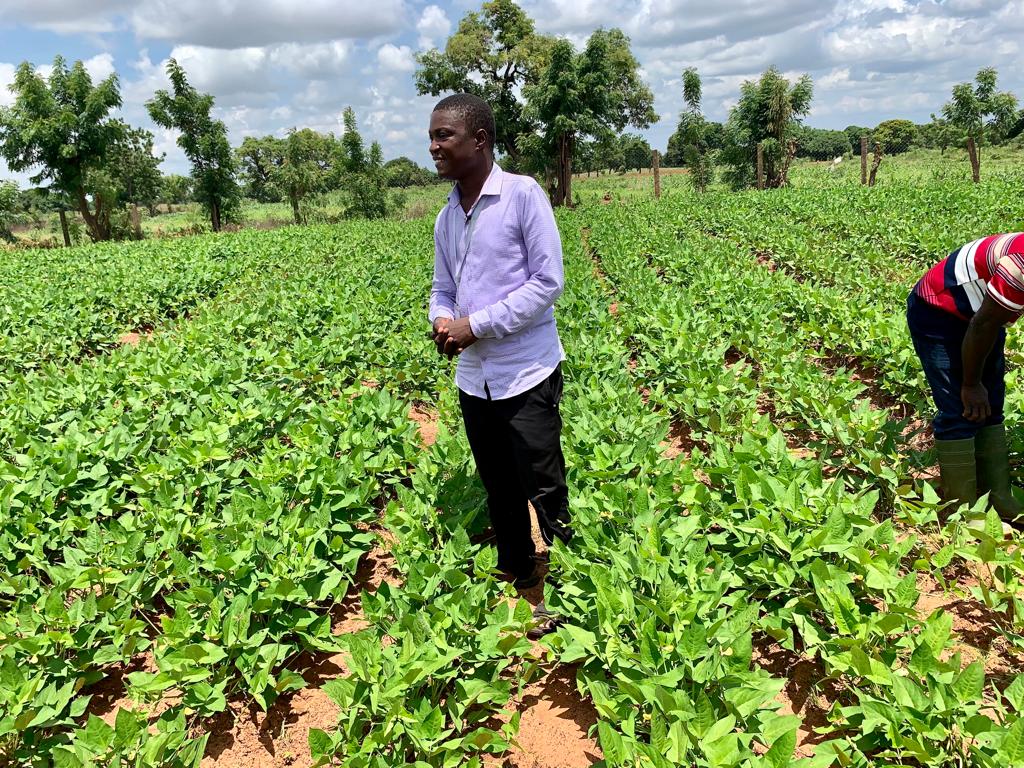 Ghanaians should not have to worry about any suggested negative health effects associated with the consumption of Genetically Modified Organisms (GMOs). This is according to Dr. Jerry Nboyine, an Entomologist with the Savannah Agricultural Research Institute of the Council for Scientific and Industrial Research (CSIR-SARI).

Dr. Nboyine doubles as the Principal Investigator of the Bt Cowpea project. The Bt Cowpea project has develop a pest-resistant variety of cowpea. The Genetical Modified (GM) pest-resistant cowpea developed by scientists at the Savannah Agriculture Research Institute of the Council for Scientific and Industrial Research (CSIR-SARI) in Nyankpala in the Northern region may serve as a solution to the maruca attacks. This technology was done using the trait from the fungus known as Bacillus therigiensis (Bt) in the cowpea crop.

This was made known when journalists, brought together from across the country, visited the GM demonstration site at Dikpe Puumani near Nyankpala in the Northern region as part of a two-day workshop on the role of GMOs in agricultural production.

The training was organized by the Alliance for Science, a network of scientists, students, farmers, academics, communicators, and other well-meaning Ghanaians working to promote science in all spheres of national development.

Speaking on A1 Radio’s Day Break Upper East Show about the safety of GMOs, Dr. Nboyine explained that in the United States of America where they consumed a lot of GMO products, their cancer levels were far below that of New Zealand, a country that does not accept the consumption of GMOs.

He again explained that the European Union (EU) commissioned more than 500 independent studies into the safety of GMOs. “The conclusion of the study was that GMOs were not any different from the conventional varieties [of crops] that we have. That is why African governments signed unto the Cartegena Protocol.”

“There is enough evidence to show that GMOs are as safe as non-GMOs. Human beings can consume without any effects,” he said.

Dr. Nboyine explained that while many people may shy away from GMO products, they may have consumed same unknowingly. He cited canola oils and many other food products that contain varieties of GMO products.

“Most of the imported chicken that we eat; from Europe in particular, what they do is to import GM soybeans and maize from South America and that is what they use to formulate the feed to feed those animals. People consume them and no one has died from consuming European chicken. So there is actually no safety issue at all.”

He went on to say that because of the many concerns about GMOs, it is often the most rigorously tested products on the market.