Bawumia has ditched his promises; now a ‘poster boy’ for telecommunication companies – Adongo 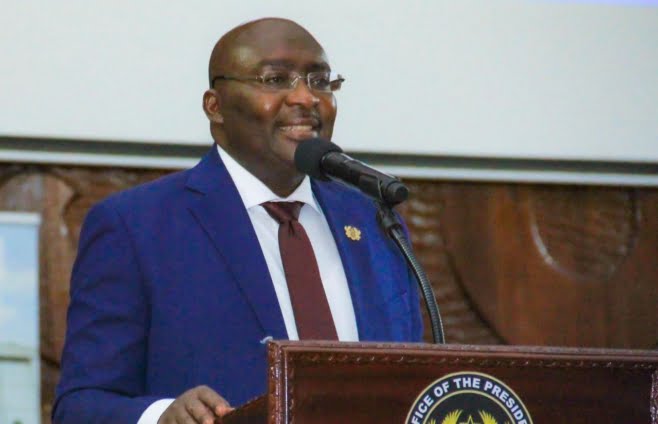 “He [Dr. Bawumia] failed to do what he said he’ll do with the economy. He didn’t deliver the jobs, didn’t deliver the development, and took us back to the IMF, under his watch this country has record debt levels, we have record debt to GDP ratio, our cedi has plummeted, and everything that should be going on right with the economy is gone wrong and he came into office on the back of poor performance of the past government, so now all of sudden ditched that promise and then become a poster boy for telecommunication companies and what you can call silicon valley products”, Development Economist, Dr. Michael Ayamga-Adongo has stated.

Critics of the Vice President have chastised him over his aggressive digitalization drive to the neglect of the real economic challenges that the country is faced with. But Dr. Bawumia maintained that the resultant effect of the digitalization of the country’s economy has been increased revenue mobilization in many sectors.

Dr. Adongo thinks that Dr. Bawumia is running an independent campaign on the digitalization campaign. He said there are ministers and whole machinery that the Vice President can rely on to do some of the things he is doing.