Even at gunpoint; I know MDPI, Assibit did work they were supposed to do – Abuga Pele speaks after incarceration 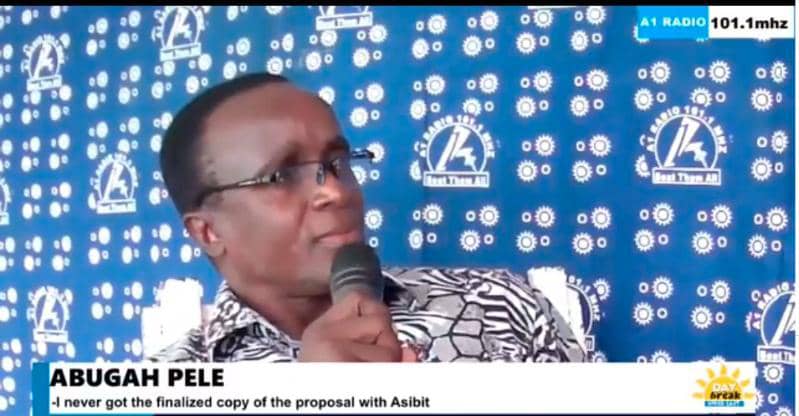 Abuga Pele, the embattled National Coordinator of GYEEDA said when he spoke in his first exclusive media interview with A1 Radio’s Mark Kwas Ahumah Smith.

Mr. Pele was however insistent that he had done nothing wrong.

“I said the truth would come out because, there were many sides to the issue that nobody looked at. For instance, the proposal that was written at the Ministry by the Minister, the proposal that he finalized with Assibit, was hidden from me. They did not give me a copy and the security ensured that I did not get a copy. That copy would have shown that I had nothing whatsoever to do with this contract.”

Mr. Pele said that the copy may have been hidden “in order for them to be able to prosecute me.”

“Yes, the work was done. That is my view, and the view of many other people. But to people from outside and at the government level, they were of the view that work had not been done. In fact, that was what they were saying at the court. They produced the proposal, the proposal had been signed by the Country Director of World Bank. World Bank had accepted it. They reduced it to manageable terms, they approved it. They started spending the money and yet they said no work was done.”

“Can you believe this? It was even stated in court that World Bank never stated that they will give us any money. Despite all letters I had shown, addressed to myself and the Ministry, with cabinet approval, with the Minster’s approval and everything, it was all ignored.”

“Even at one point, can you believe that the prosecution forged a letter and when they gave it to me, I realised that that was not my signature.”