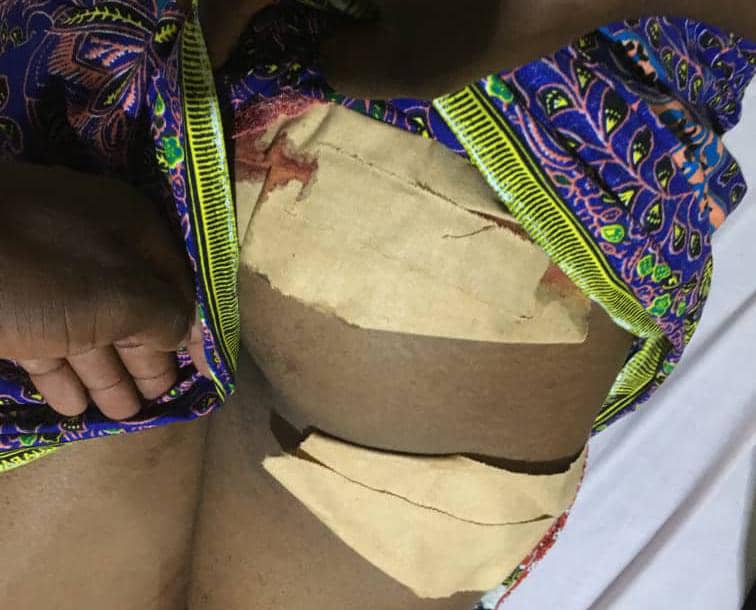 The Upper East Regional Police Commander of the Ghana Police Service is alleged to have refused compensation that was due the victim of the Karimenga shooting incident.

It would be recalled that earlier this year, there was some uneasiness in Karimenga, in the North East Region as a young lady was shot in the buttock after police said she, along with the rider of the motorbike they were on, were suspected criminal elements.

“At about 5pm yesterday, the police detailed to man the checkpoint on the Bolga-Tamale road, at the section of the road known as the Karimenga snap checkpoint were attacked by the community members after the incident had occurred. The incident had to do with the suspicion of criminal movement and an accident that indeed occurred.”

“As the police were on duty, they observed an oncoming motor rider with a pillion rider. They crashed into the barricade as we have it to embark on stop-and-search. Now, when they crashed, the rider managed to flee the scene and the police suspected them to be criminal elements who are about to commit a crime somewhere. Because they saw the police with all the reflective materials, the police decided to immobilise them. A gunshot was fired and unfortunately, it hit the pillion rider who happens to be a lady. The victim was rushed to the regional hospital,” the Public Affairs Officer of the Upper East Regional Police Command, Assistant Superintendent of Police (ASP), David Fianko-Okyere said when he spoke on Dreamz FM.

After the shooting, the victim was conveyed to the Upper East Regional Hospital. She was subsequently sent to the Diare Health Centre in Kukua in the North East Region where the bullets were removed.

Expected to bear the cost of the removal of the bullets, the recepits for the cost of treatment were sent to the Ghana Police Service for reimbursement.

The cost of treatment, feeding and transportation was valued at a little over Ghc8,000.00.

Close to 3 months after the incident, the Ghana Police Service is still yet to reimburse the family for the cost of removing the two bullets its personnel put in the victim.

Speaking with Mark Kwasi Ahumah Smith on A1 Radio’s Day Break Upper East Show, the brother of the victim, Godwin Wuni was unhappy that the Police had still refused to address the concerns of the family.

“Simply because the matter was given to the media house, he [Upper East Regional Commander of the Ghana Police Service, DCOP Dr. Sayibu Pabi Gariba] said he felt disturbed and thus insulted me. He even told me in front of the chiefs that I am lucky the chiefs were there, he would have slapped me.”

“He said if I joked, he would let the boys come and beat me and throw me away. Even when my brothers were trying to talk, he shut them up. He called that the family should take me out of the case and bring another person to deal with him.”

With Godwin Wuni taken out as lead mediator between the family and the Ghana Police Service, nothing has changed. The Police, according to Mr. Wuni, have still refused to compensate the family.

“They told my brother that he should bring the receipts and they will work on the monetary aspect. We sent the receipts on the 14th of June, 2022. From then up till now, nothing has been done,” Mr. Wuni.

While staying away from media inquiries over the progress of the case because of the alleged threats of violence issues by the Regional Police Commander, DCOP Dr. Gariba, Mr. Wuni explained that the police failed to act. According to Mr. Wuni, the police’s latest refusal to compensate the victim has been tied to the transfer of DCOP Dr. Gariba