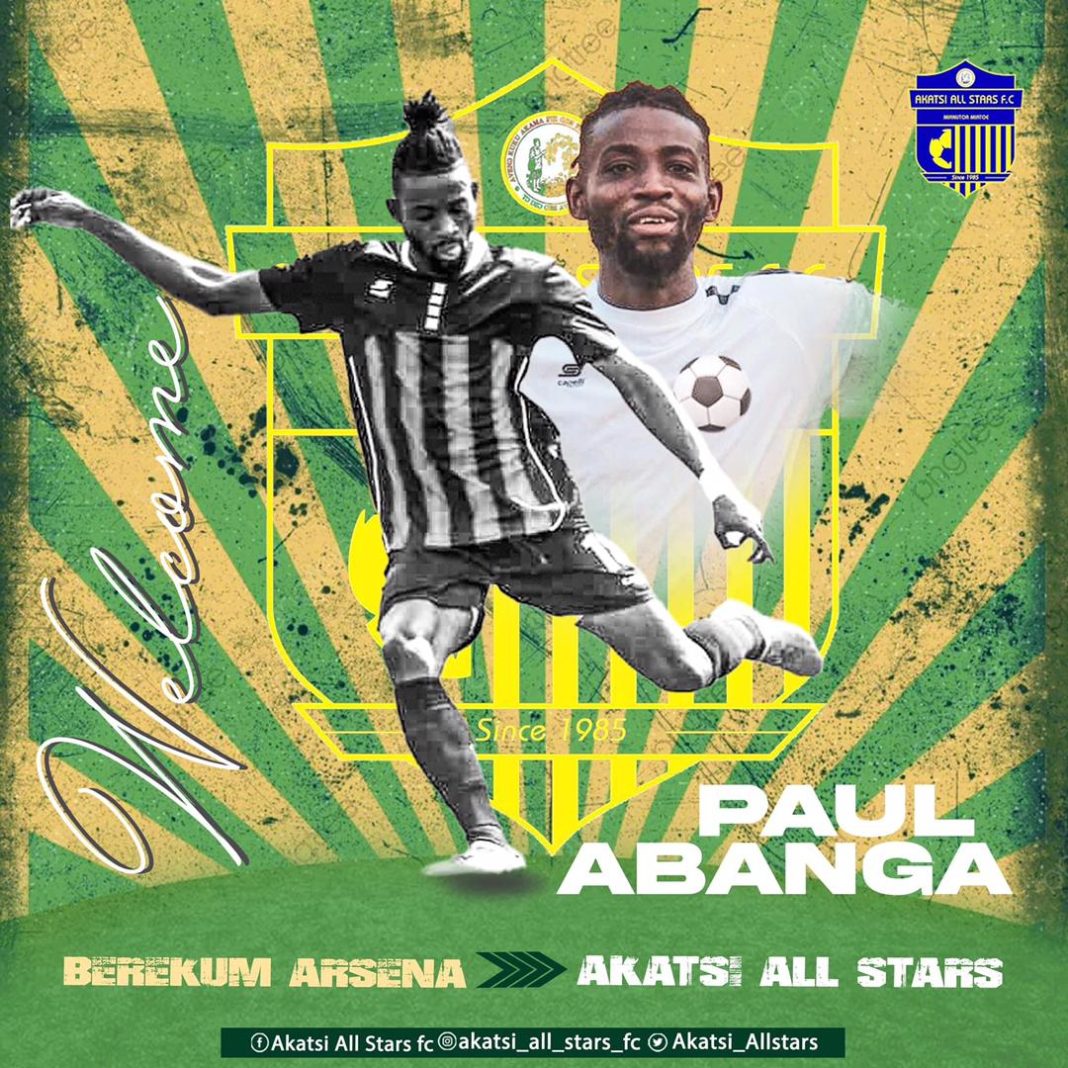 Akatsi All Stars, a Division one side based in the Volta Region has beefed up its squad with Seven new signings ahead of the Upcoming National Division One League.

Akatsi All Stars were fighting relegation in the last league season, but when they brought in coach Francis Bawumiya to the team, things changed quickly and the team was able to win a series of games to ensure the club avoided relegation.

Ahead of the upcoming season, Akatsi All Stars have signed seven new players to the team and all players are coming from the Upper East Region. They include Paul Abanga, former National U17 and U20 player from Berekum Arsenal and Gabriel Asampana, the second-best player in the first edition of Baby Jet U16 tournament from Hohoe-based side Nadam Soccer Club. 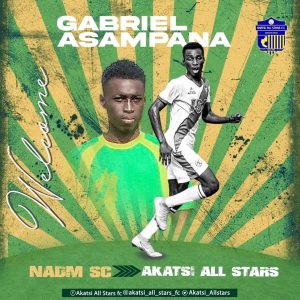 The rest of the players are Thomas Atinga a Defender from Stoppers FC, Ayimbila Bismark a left-back from Bofoakwa Tano, Donatus Akolbila a Midfielder from First class FC, Simon Asampana, a winger from Soccer Masters and Goldan Philip, a goalkeeper also from Soccer Masters.

Announcing some of the deals on their Facebook wall, Akatsi All Stars wrote, “we are delighted to announce the signing of Paul Abanga from Berekum Arsenal, the former U17 and U20 player comes with lots of experience. The versatile player who also played for Inter Allies in the Ghana Premier League last two seasons can play as right back, left back, centre back and defensive midfield.”

Akatsi All Stars’ aim is to qualify for the Betpawa Premier League next season, now that they have gotten a technical tactician, Francis Bawumiya.

The National Division league is slated for 30th September, 2022.