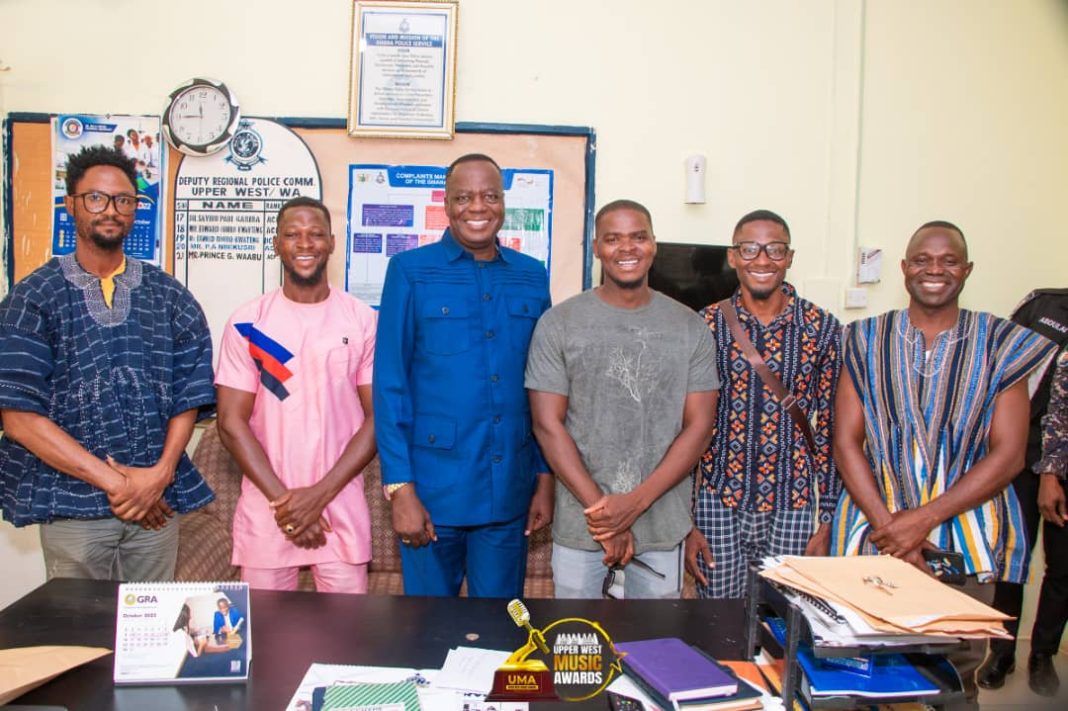 The visit was to afford organizers of the awards scheme the opportunity to thank the police administration for their support and contribution in the last edition of the awards and also seek the police support to sponsor the ‘Development Song of the Year Category’ in the 2023 edition.

A high-level delegation of the HMBUWMA led by the Chief Executive Officer (CEO), Tuurosung Nuhu .

ACP Gabriel Prince Waabu after expressing gratitude to the management of the HMB-UWMA for the visit, said grassroots entertainment has come alive in recent times all over the region and it’s being consumed by a very large number of followers and hence the seek for higher security support is very important. He assured the organizers of the police support.

“I haven’t heard of the group or any individual among you involved in any crime or doing anything that negatively affects the society since your first edition. Good Music is a unifier. You have the support of the police. Encourage good music; preach peace and unity as you champion the course of Upper West music awards. I will go through your sponsorship proposal and communicate to you in due course,” ACP Waabu added.

The Happy Man Bitters Upper West Music Awards was successfully launched on September 24, 2022 and nominations have since been opened for musicians in and from the region to file. This year’s awards are under the theme: ‘Branding and Rebranding’.